It was horrifying to learn that the National Front is still active in South Thanet. I offered the following comment to Isle of Thanet News:

“Whoever put the sticker in my window plastered it in front of a Labour Party placard. This seems a none-too-subtle attempt to try to counteract progressive politics.”

“During the 2015 election, members of the Labour Party and Stand Up To UKIP were attacked by the extreme right in Broadstairs. That was a deeply regrettable but inevitable result of the way Nigel Farage made immigration a major plank in his attempt to win South Thanet for UKIP.”

“As part of Kent Anti Racism Network, Thanet campaigners opposed the racists who marched in Dover in 2016, and an attempt later that year to stage a White Lives Matter march in Margate fizzled out spectacularly in the face of united opposition from the community.”

“Rather than tackling the plight of working people, government, minority parties and elements of the media have fanned the flames of discrimination and pitted people against each other. This is a dangerous game that can easily tip over into fascism.”

“Just a few short weeks ago, we commemorated Remembrance Sunday. After World War Two, everyone said ‘never again’. To make this promise a reality, we need to stand together against prejudice wherever we encounter it.” 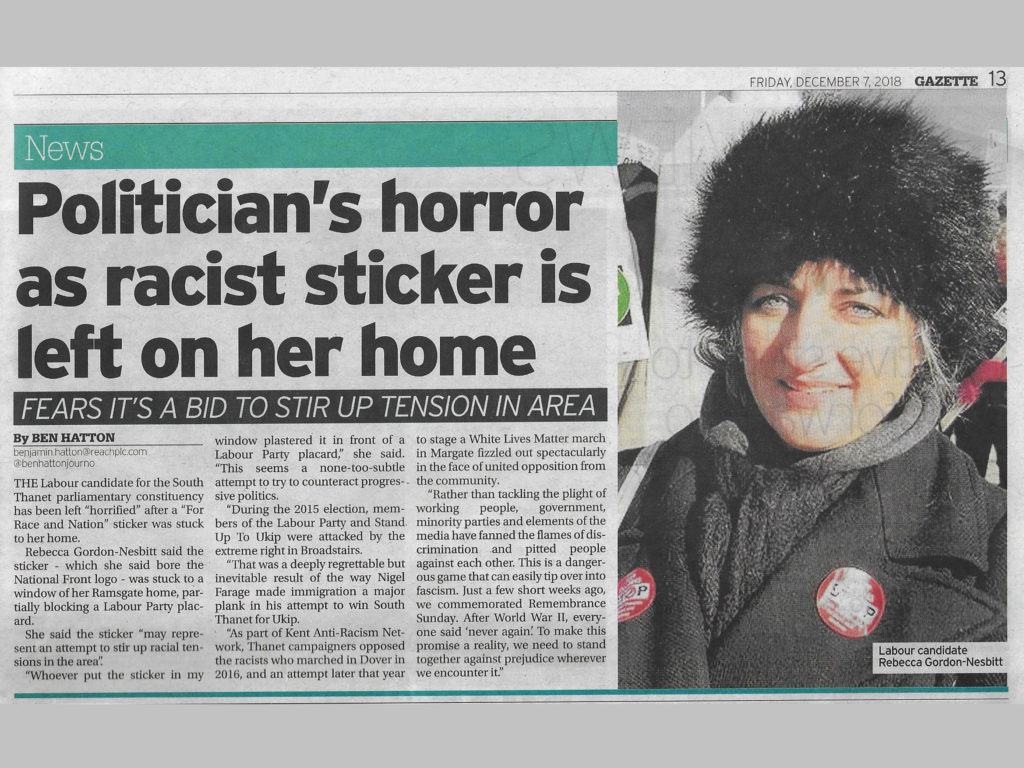